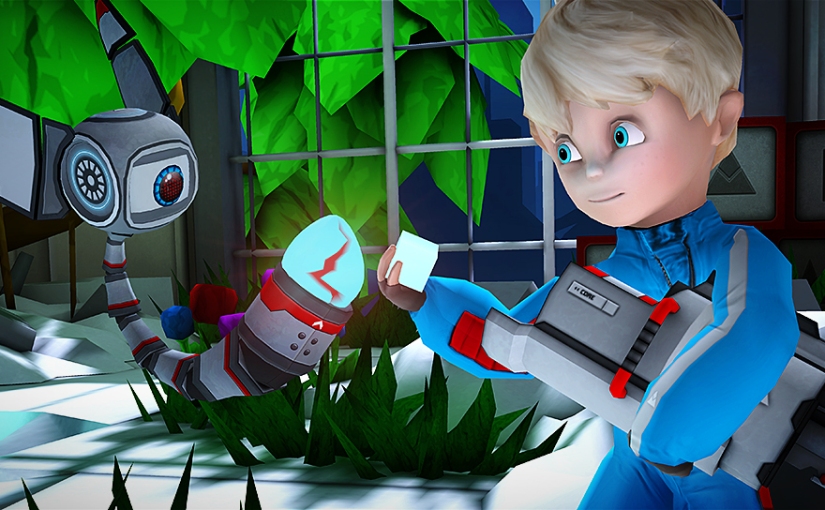 Kick & Fennick is a platform adventure about a little boy with a very big gun.

Kick & Fennick tells the story of a young boy named Kick who finds himself waking up in a bright and colorful, yet dangerous world. Armed with a giant gun that can be used to shoot down enemy robots, while also allowing him to make huge jumps using the weapon’s powerful recoil, Kick searches for a way to the highest tower in the city to find a new energy core for Fennick, his helpful flying robot friend. Together they must explore this strange, new world, jumping and shooting their way through 45 levels of collapsed skyscrapers, treadmills, bouncypads, magnets, teleporters, and a big guard robot that is never far behind!