In the trailer they showed what General RAAM will look like and gave a tease of how he will play. The trailer gives the impression of a heavy aggressive character who will be charging forward and advancing on his opponent.

KI season 3 will also be part of Microsoft’s Play Anywhere. Meaning if you have it on Xbox One you can also play it on Windows 10.

Before showing any gameplay, Microsoft announced that Gears of War 4 is coming to PC. Further more, all PC and Xbox One players will be able to play co-op and hoard mode together right away. You can buy either copy of the game and get both as well. Furthermore, for a limited time Gears of War 4 will not only include the new game, but all four Xbox 360 Gears of War games as well.

Gears of War 4 will follow JD Fenix, the son of Marcus Fenix, as him and his friends Kait and Del attempt to rescue their families and loved ones from imprisonment. The game includes new features, like windstorms that blow your bullets around or blow away your cover, and new weapons, like the Dropshot which sees a grenade boring itself into either the ground or the enemies you hit.Gears of War 4 also has a robust multiplayer offering which includes both co-op and versus game modes. Notably, the game is set to always run at 60 fps during multiplayer no matter which console or PC you’re playing it on. It also has a revamped Hoard mode where you can build defensive weapons and fortifications anywhere you need it.

There will also be a special Gears of War Xbox Elite wireless controller to go with the game.

Gears of War 4 releases October 11th on the Xbox One and PC for $59.99. There will also be a ultimate edition that goes for $99.99 which includes the base game, the season pass, and allows you to play the game four days early.

Microsoft has updated its ongoing library of backwards compatible Xbox 360 games on Xbox One.

Halo 5 Luxembourg Championship which took place on the 30th October 2015.

The first batch of games will be made available via backwards compatibility on November 12th, and they run the gamut of genres including Fallout 3, the Gears of War series, Mass Effect, and more.

These backwards-compatible games represent a small portion of the Xbox 360 library. Xbox fans are encouraged to give Microsoft feedback on what titles they would like to see in the future. Microsoft will try to work with game publishers to continue releasing more titles on a regular basis.

If you want to request a game for backwards compatibility, you can do so here. 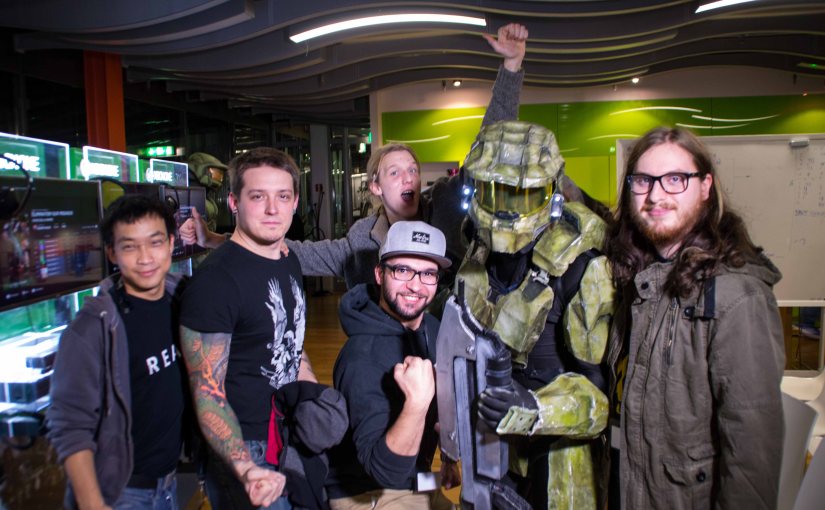 It’s time for the next chapter of Luxembourg E-Sports! On the 30 October 2015 We Live Games was teaming up with Microsoft Luxembourg to bring you the first Official Xbox Championship in Luxembourg. This Year the players took part in a Halo 5 tournament!

The tournament was at the Microsoft Luxembourg HQ at the Rives de Clausen. 40 players in 10 teams competed against each other, in order to win the Master Chief Limited Edition of Halo 5.

Also Microsoft did collected donations for the association Kriibskrank Kanner asbl. at this Tournament.

It is good to see that E-Sports become more popular in Luxembourg and we hope Microsoft Luxembourg and We Live Games will continue to organize Tournaments like this one. 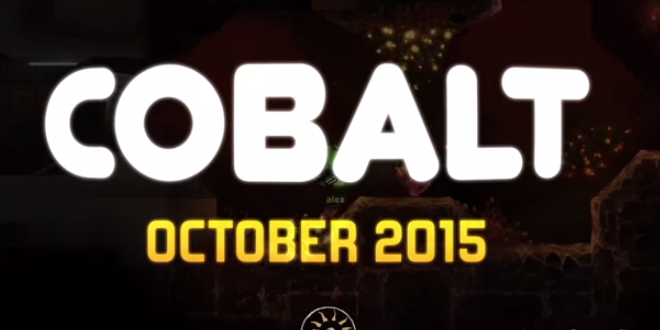 Microsoft showed off the latest offering from Mojang studios, the development studio that created Minecraft, and Oxeye Studios. This time, they are going retro with Cobalt, a 2-D run and gun-style platformer with a ton of features added.

Cobalt is considered a “couch multiplayer and action-platformer” where you play a cyborg who is searching for a lost colony of humans on an alien planet.

The game features several multiplayer modes, and judging from the trailer the variety is outside of the standard deathmatch modes we normally see in other games.

Cobalt also supports co-op play, so you and a friend can go through the main story together as you battle creatures like giant space hamsters and other alien creatures. Other features include a slo-mo mode, hacking, in-game challenges and “rampant consumerism,” likely meaning you have to buy new weapons with earned points.